The automotive market in India is a happening place. Top brands compete hard to gain a share of the market. If you’ve been a close observer, you’ll notice the change in price range, buyer behaviour, & implementation of safety rating has been a highlighting point for every new vehicle launched. The reason is simple, Earlier Indian market was price sensitive but now along with price, the safety rating is an important factor ‘while buying a car’. Manufacturers have to compete with the cost and safety norms of their vehicle to survive in the market hence to cater to such market, automotive manufacturers are unable to compromise on the safety of passengers.

One such major feature is ‘Child Safety’. Due to less awareness among the people and the government’s negligence, the rules about child safety in India are not strict. Yes, we’ve made child restraint seat mandatory from October 2014, but there is no follow up. There is an AIS-072 regulation already in place from the last few years.

We passionately talk about developed countries and try to follow their culture but we fail to implement rules and regulation they follow which literally makes them best in the world. In1990, ISO (International Organization for Standardization) introduced ISOFix first time in order to provide a standard to attach child safety seat. In the USA it is called as ‘LATCH’, in Canada as ‘Canfix’ and in Europe, it was introduced as ‘i-size’. Many countries have enforced the law regarding the same. Well in India, the safest place for the baby is in mother’s lap. Yes and that’s true everywhere else but not when in you’re in the car. It is dangerous for both mother and baby. Our future is in the hands of our children and we must implement all the safety measures to keep them safe.

There are different types of child safety seats and they’re used considering the age of the child.

At an early age, kids are prone to neck and spinal cord injuries. Their neck size is comparatively less than the head and hence can put pressure on muscles during the crash. It is advised to use a rear-facing child safety seat for such kids. Rear-facing seat prevents child’s body being thrown away during the collision.  Seat manufacturers design seat which can hold weight up to 15kg. It is advised to use toddler seat for kids having more weight than that.

Toddler seats are a popular option in forward-facing child safety seats. It has three point harness with an adjustable belt to buckle up your kid tightly. These seats come up with heavy padding which provides comfort to kid’s head and body. Manufacturers have developed toddler seats for children in between 1-4 years old.

After 4 generally parents don’t go for specialised child seats. But there are booster seats which have a larger height than toddler seats. Booster seats are a good option for those kids whose height isn’t high as it should be.

How to set-up child safety seat:

Think of child safety seat as a necessity. Start pushing the government to implement the law. We Indians are emotional people. We don’t want to keep our child away from us. But we also have to think about their safety and so their comfort. Car manufacturers are also responsible because even they are compromising on the safety of kids. If we have to bring the change we need to be insistent on safety. People, the government and market leaders need to take efforts to bring out this change.

The world is applauding the discovery of a black hole. Human is embarked upon a journey to propel to... 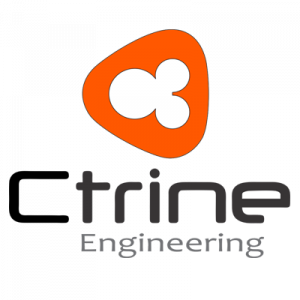