Contrary to global standards, cars in India are only required to pass the front crash test or the steering impact test. It was only in the year 2013 when Global New Car Assessment Programme (NCAP) turned its focus on India realizing that it’s one of the top ten car markets in the world, but the only one without a proper car safety programme.

It flew down the most bare basic versions of five India-made hatchbacks in 2014 to ADAC’s testing facility in Germany- the Tata Nano, Alto 800, Hyundai i10, Ford Figo and the Volkswagen Polo -ones which we can buy in India even today, declaring them not only unstable but likely to increase the “probability of life-threatening injuries”, in case of an accident. The agency gave zero-star adult protection ratings to these five India’s top-selling car models.

Watch these car tests here Under this Global NCAP test, cars were subjected to a 40 per cent frontal collision that was offset towards the driver, at a speed of 64kph. There is another safety test prescribed by the UN, wherein the car was launched towards the obstruction at a speed of 56kph. The test results also revealed how cars being made for exports had passed the New Car NCAP norms whereas those for Indian customers did not have these features. The i10 for example, which is made only in India for the world, had its European version get a 5 star NCAP rating, while the Indian car failed. Automakers argue that if they were to incorporate most of the safety features, car prices could rise by 15 per cent to 20 per cent for the base model with one or two star rating which can bring down the supply for their product. But should their be anything higher up in their priority over security of their customers?

What comes as a good news though is it’s no longer going to be easy for carmakers to descend their products in the Indian market starting 2017. With popular models from major auto makers failing crash tests, the Indian road ministry has made basic side and frontal crash tests mandatory for all new models by 2017, and for the existing ones by 2019, to decide the ‘crashworthiness’ and level of safety an automobile can offer.

Moreover, the tests will no longer have to be taken outside the country as two car crash facilities are being set up at home. To pass these tests, the cars will need to have airbags and other safety features such as child restraint systems and anti-lock braking systems.

In anticipation of this decision by the government, car makers like Ford, Maruti, have already begun to beef up safety features with pressure from the NCAP urging carmakers to adopt United Nations safety standards for front and side impact till government’s new occupant protection regulations comes to force under Bharat New Vehicle Safety Assessment Programme (BNVSAP). Once it does carmakers would be able to voluntarily adopt norms and go for star ratings, government will buy selected vehicles for first car crash assessment test, and carmakers would also be able to use both domestic and international facilities. (Image credits: Copyright Free – Internet Download, source:http://www.businessinsider.in/) At Node element consultancy (P) Ltd. we support OEM’s, Tier-01, & manufacturing companies to validate their designs as per BNVSAP norms. 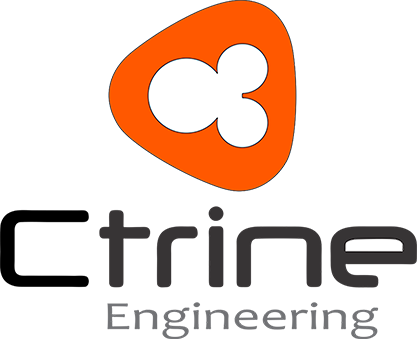